Besiktas president Fikret Orman has opened the possibility of signing Barcelona attacker Arda Turan when the transfer window reopens next month. The Turkey international has not earned a single minute of playing time since Ernesto Valverde took incharge at Barcelona in the summer. 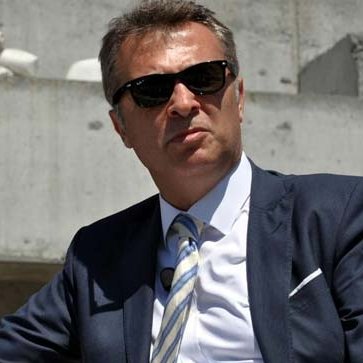 In a recent report covered by Marca, Orman admitted that he would like to pursue the services of Turan, although there is no deal in place yet to bring him back to Istanbul, he said: “I like Arda Turan and I would like to see him in a Besiktas shirt, but we have players in his position. So far, we haven’t made any move for him.”

Aside from Besiktas, ex-club Galatasaray have also expressed an interest in experienced attacker, but Turan’s hefty wages of €9m per annum is reportedly playing a stumbling block in a proposed deal. Should Turan join the Turkish champions, it could potentially cause controversy as it may be seen as a sign of betrayal to Galatasaray supporters.

Turan spent 11 seasons with Galatasaray before making the move to Atletico Madrid in 2011. At Atleti, he went on to win the Spanish title in 2014, and this earned him a move to Camp Nou 12 months later. Since then, he has played second fiddle to the club’s attack front, and he now finds himself out of contention after recovering from a metatarsal injury.

Barcelona were expected to struggle after the departure of Neymar in the summer, but they have adapted tremendously since with Paulinho emerging as a consistent performer from the right side of the midfield. The Catalan giants sealed a 3-0 triumph over Real Madrid in the most recent outing, and this sees them hold a nine-point lead over second-placed Atletico Madrid.

Meanwhile, Besiktas are facing the tightest of campaigns in the Super Lig, and they are presently six points behind Istanbul Basaksehir, who have continued his impressive form from the previous campaign.