Netherlands coach Danny Blind has stated that he will not resign and that he wants to remain as the national coach until the end of his contract. 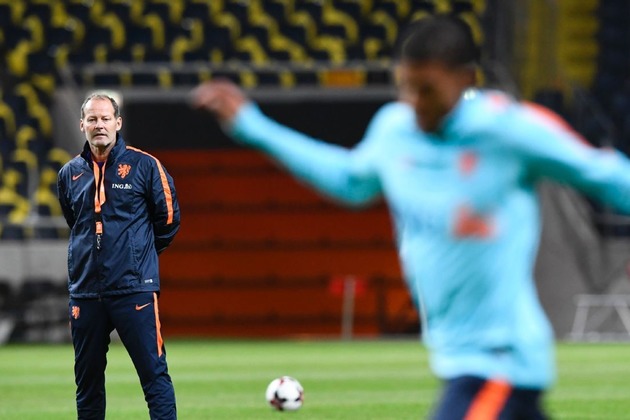 Blind has been under intense pressure ever since he replaced GuusHiddink at the head of the Netherlands team last year. Indeed the team failed to qualify for the Euro in France and is in danger of failing again in the World Cup qualifiers.

Netherlands have been performing poorly for some time now, and the team did not manage to qualify for the Euro 2015 despite the fact that the competition was expanded to accommodate more teams. Many pundits believed that this was a natural cycle as the country was building a younger team for the new international tournaments but things do not seem to be improving.

Netherlands were beaten at home in a recent friendly match by Greece, and this has brought even more pressure on Danny Blind. The team seems to lack cohesion and a playing style, and there are no real signs of improvement.

Blind stated that he knows what he is doing and that he has the necessary experience to turn things around. He admitted that the team did not have the best of preparations but believe that they should be able to get a good result in the first game of the World Cup qualifiers. He said that they would be going for a win in their first match.