Ajax Amsterdam of Netherlands have crashed out of the ongoing UEFA Champions League. The semi-finalists of the previous season were topping their group when the matched kicked off for the day. The Dutch were to make they don’t lose to Valencia while any result at Chelsea was to determine who will top the group at the end of the day. Ajax however failed to be the Spanish side despite being at home while Chelsea made no mistake in finishing off Lille. 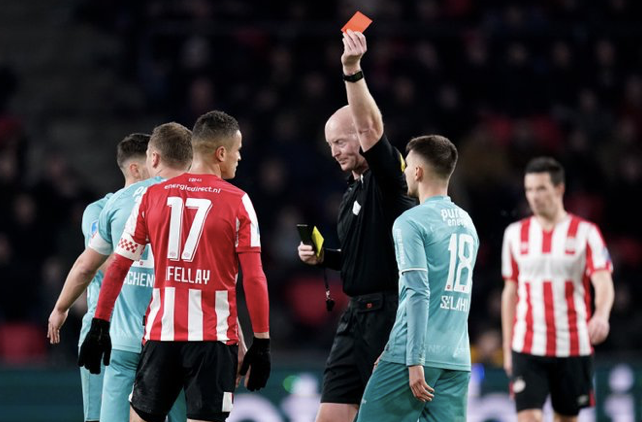 Rodrigo was the hero of the night, scoring after 24 minutes. The higher praise went to Ferran Torres whose well measured pass found his teammate to drive home.

Gabriel Paulista also got himself sent off in the dying seconds after failing to control his temper towards the end. The Dutch side could not still make that play to their advantage as they faced a walled-up Valencia defense all night.

The trials of Ajax may well point to the fact that other teams continue to bleed them each time they have a huge jump in talent. Last season’s Champions League showed that should they have kept that same squad, this season’s would have been met with challenge.

Instead, they are once again banished to the slums of the Europa League.

With Van der Sar now acting as an executive at the club it begs the question if the lanky legend will be the first man to figure out a way for Ajax to prosper and still retain their properties.

Then again, the Dutch side and pretty much the whole league has been none to serve as a feeder to all the other big boys of Europe. Looking for a way to claw that back in an age where money determines everything looks like a fight they will never win.