Danny Blind has paid the price for a poor World Cup qualification campaign at the helm of Netherlands. 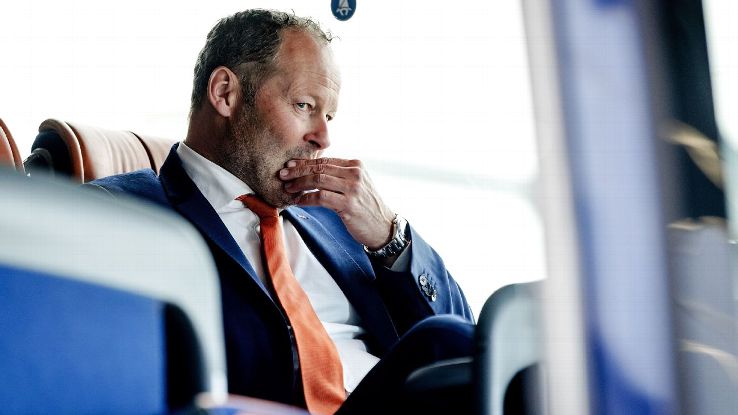 The team had been coming on the back of yet another disappointment of failing to reach the Euro 2016. They have been hoping to make an impact at least at the World Cup 2018. However, being placed in a tough group containing Euro 2016 finalist France did not help matters. Netherlands have made an extremely poor start to the World Cup qualification campaign after managing only two wins the five matches. As a result, France have been able to open up a six-point advantage at the top of the table.

It 2-0 loss against Bulgaria was the last straw for the national team, who decided to take action by getting rid of Danny Blind. After having been an assistant coach prior to taking over as the full-time manager, Blind was appointed in August 2015.

He has been in charge of 17 games. With Netherlands on the verge of going out of the World Cup 2018 qualification even at such an early stage, the national team had to make a decision. They have brought in Fred Grim as the interim manager, and he will take charge of the friendly against Italy.

“Because the sporting results are disappointing and it will now be difficult to qualify for the World Cup in Russia, we feel unfortunately we have to say goodbye to him,” said KNVB football director, Jean Paul Decossaux.“Worked at the highest level, a dream for both of us as father and son. It was not easy and it has not always been that, but I’m proud of how you’ve always taken responsibility and never gave up!” said his son Daley Blind, who plays for Manchester United. Since taking over from Guus Hiddink just before the Euro 2016, Danny Blind also failed to qualify for this major tournament.