Three-time World Cup finalists Netherlands had to settle for a draw with Poland after coming from two goals down. The Louis Van Gaal-led team came from behind to secure a 2-2 draw at home to Poland in the UEFA Nations League clash played at De Kuip in Rotterdam on Saturday night. Poland and the Netherlands are in the same group as Wales and Belgium as far as the 2022/23 UEFA Nations League campaign is concerned. The aforementioned teams are in Group A4. 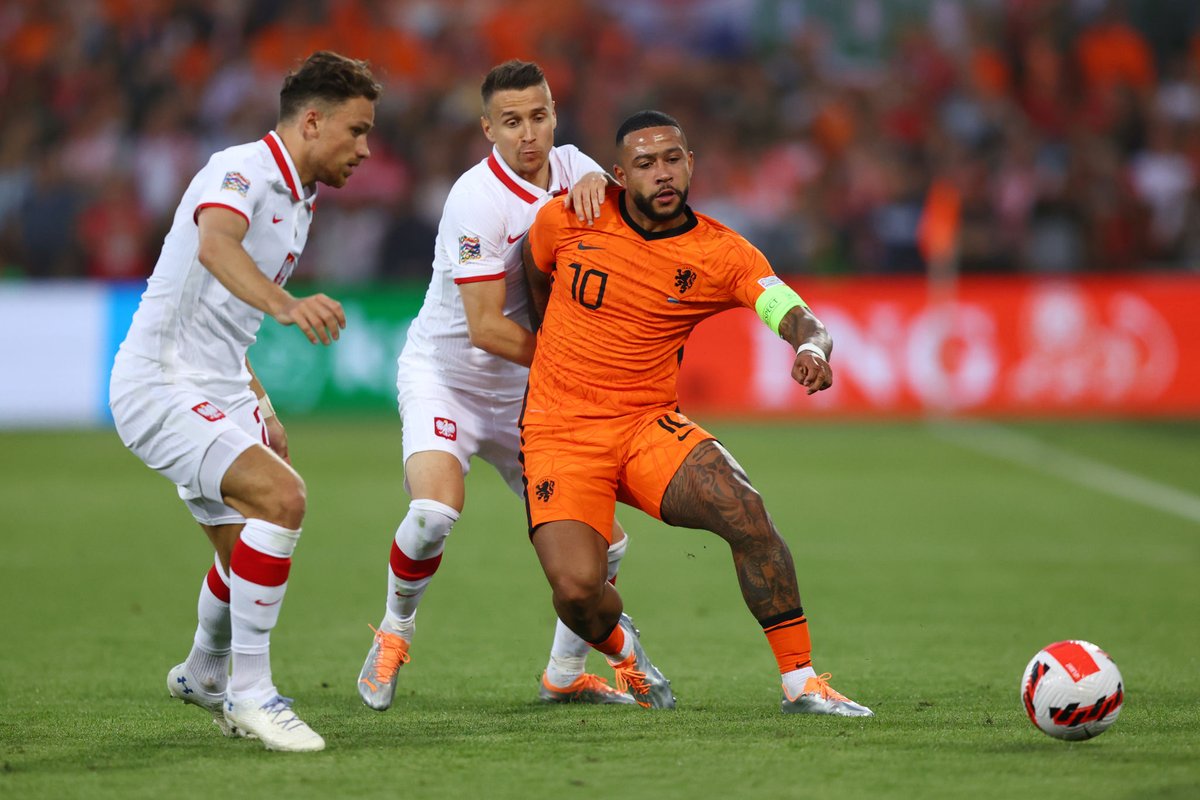 The Netherlands have dropped points for the first time in Group A4 after they could only settle for a point from the Poland game. They had earlier beaten Belgium and Wales in the group.

Aston Villa right-back MattyCash gave Poland a first half lead. Cash scored the opener on 18 minutes to ensure that his team went into the break with an advantage. Poland doubled their lead four minutes after restart through Napoli midfielder Piotr Zelinski. Thanks to the goal from Zelinski, Poland were on their way to a big away win before they were pegged back by their hosts.Davy Klaassen pulled one back for the Netherlands just after the second Poland goal. There was just two minutes between the second Poland goal and the first Dutch goal. Also, the Dutch were level within three minutes of pulling a goal back thanks to the goal from Inter Milan defender Denzel Dumfries. The momentum was clearly with the Netherlands at that stage, but Poland held on for the rest of the game to take a point from the clash. The Polish team bounced back from the 6-1 drubbing received from hosts Belgium in their last game.

In the other Group A4 game on Saturday, Wales scored a late goal to secure a 1-1 draw at home to Belgium.

Despite the draw at home to Poland, Netherlands maintain their place at the top of the table with seven points from three games. Belgium and Poland are in the second and third position respectively with four points, while Wales are last with one point.