Manchester United and Arsenal are reportedly locked in a transfer battle for the highly-rated Dutch winger Cody Gakpo. The Premier League giants are just two of a number of teams hoping to prise PSV’s star man away from the Eredivisie in this summer’s transfer window. United manager Erik Ten Hag has formalised his interest after seeing Gakpo close up last season as manager of arch-rivals Ajax, and it’s thought that a strong financial offer will persuade PSV to sell their Flying Dutchman. 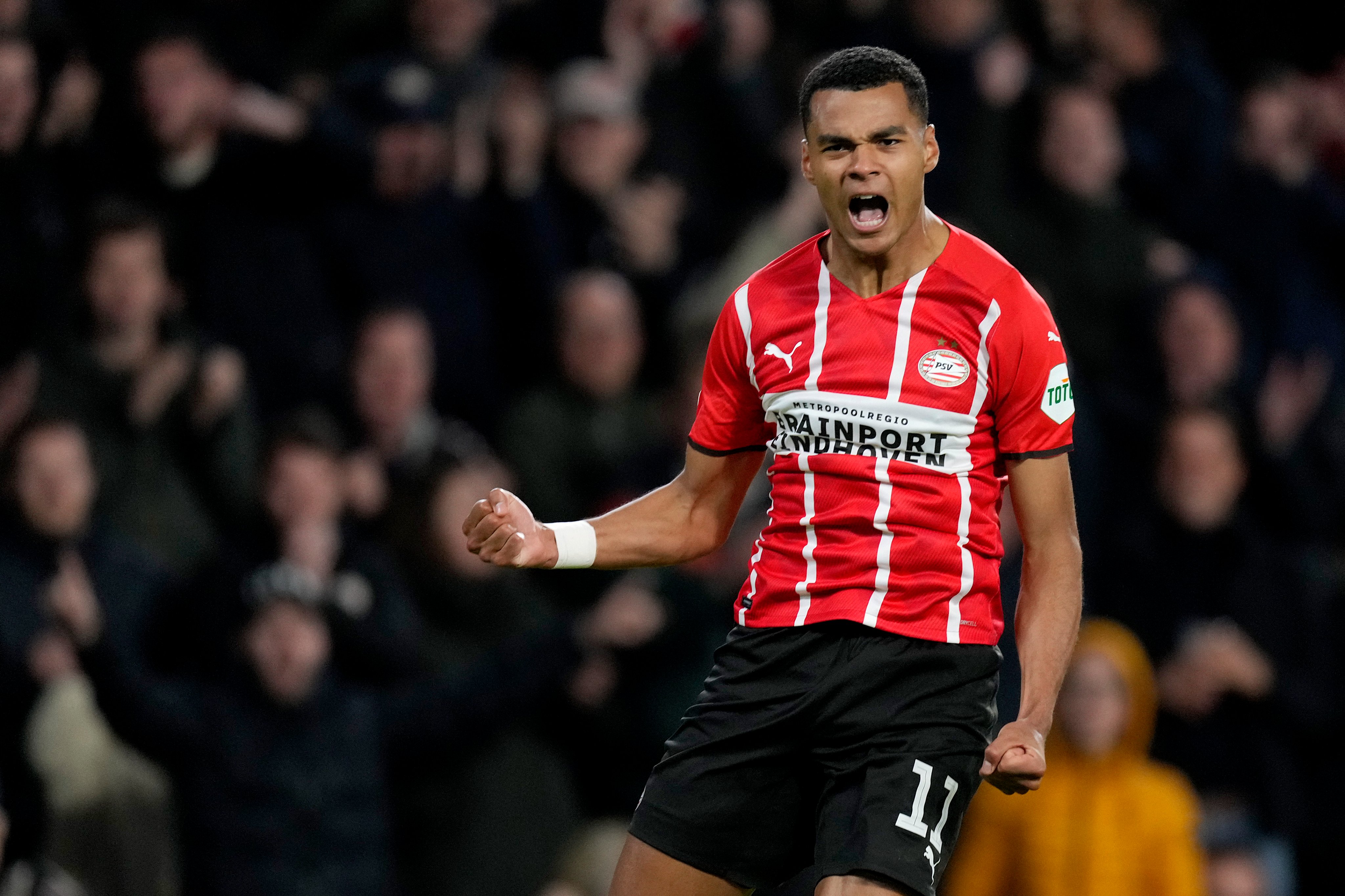 Who is Cody Gakpo and who does he currently play for?

Gakpo plays for Dutch side PSV Eindhoven, having joined the club’s academy as a seven year-old in 2006. The £35m-rated winger, born in Eindhoven, made his professional debut for the club’s reserve side in the Dutch second division in 2016, before making the step up to the senior team in 2018. Gakpo has registered an impressive 29 goals in 93 appearances for PSV, as well as finding the back of the net twice since making his debut for the Netherlands in 2021, which sparked the interest from Manchester United and Arsenal.

The 23 year-old made his debut for the national team at Euro 2020, coming on as a substitute for fellow Manchester United target Frenkie De Jong in a group stage game against North Macedonia.

Despite being right-footed, Gakpo typically plays on the left-hand side of the wing for PSV and the Netherlands. Regular viewers of the Eredivisie are used to the sight of Gakpo cutting in on his right foot and taking up a more central position.

Gakpo’s ability to play on right wing as well as the left will appeal to Ten Hag and Arsenal manager Mikel Arteta. His blistering pace and close ball control will surely excite fans should his proposed move to the Premier League materialise.